REFRIGERATION is the cooling of air/liquids, thus providing lower temperatures to preserve food, cool beverages, make ice and for many other applications.
AIR CONDITIONING: simultaneous control of temperature, humidity, cleanliness , and air motion. 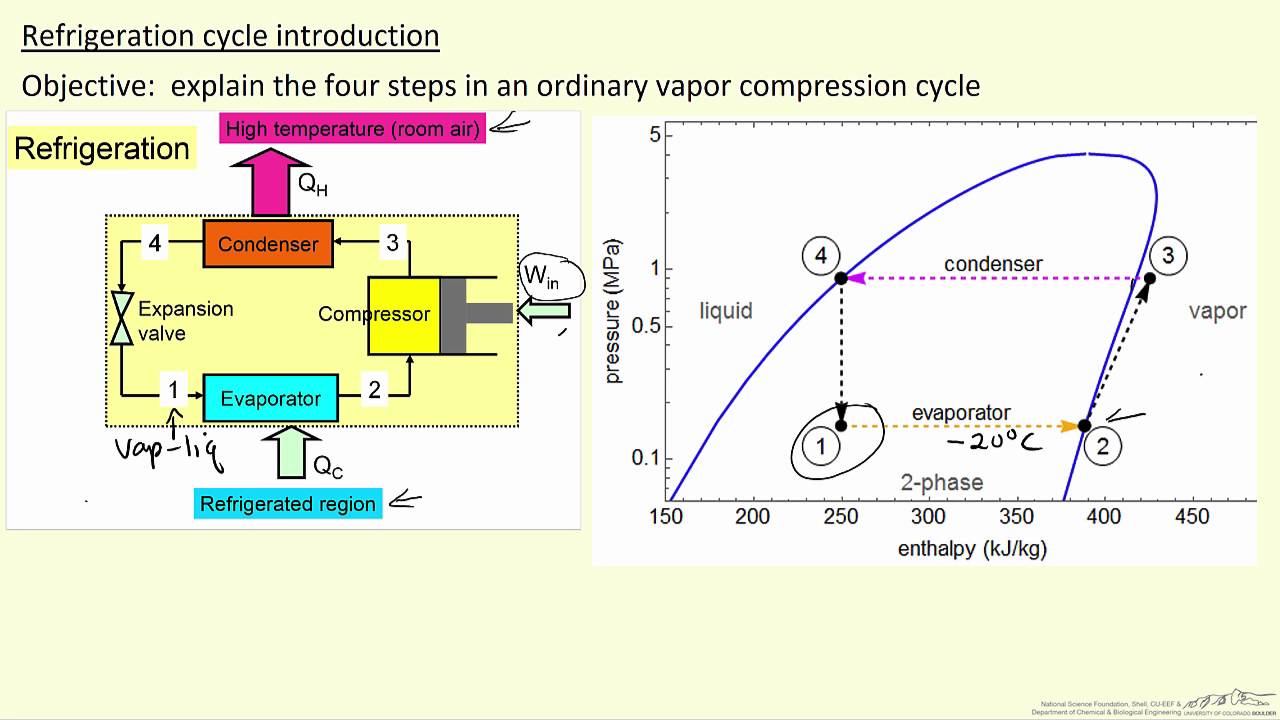 2.The boiling point of closed-system liquid can be controlled by changing the vapor pressure above it.

3.Gauge pressure is used to determine the pressure inside the closed refrigeration cycle system. It’s expressed in pounds per square inch gauge (psig).

5.Heat energy is not created but converted and transferred.

The vapor compression refrigeration cycle is a common method for transferring heat from a low temperature to a high temperature.

The above figure shows the objectives of refrigerators and heat pumps. The purpose of a refrigerator is the removal of heat, called the cooling load, from a low-temperature medium.

The performance of refrigerators and heat pumps is expressed in terms of coefficient of performance (COP), defined as

Both COPr and COPHp can be larger than 1. Under the same operating conditions, the COPs are related by

This equation is true , Why because

Refrigerators, air conditioners, and heat pumps are rated with a SEER number or seasonal adjusted energy efficiency ratio. The SEER is defined as the Btu/hr of heat transferred per watt of work energy input. The Btu is the British thermal unit and is equivalent to 778 ft-lbf of work (1 W = 3.4122Btu/hr). An EER of 10 yields a COP of 2.9. Refrigeration systems are also rated in terms of tons of refrigeration. One ton of refrigeration is equivalent to 12,000 Btu/hr or 211 kJ/min.

Overview of a Database Management System

Suggestions for removing the…