In the design and analysis of air conditioning plants, the fundamental requirement is to identify the various processes being performed on air. Once identified, the processes can be analyzed by applying the laws of conservation of mass and energy. 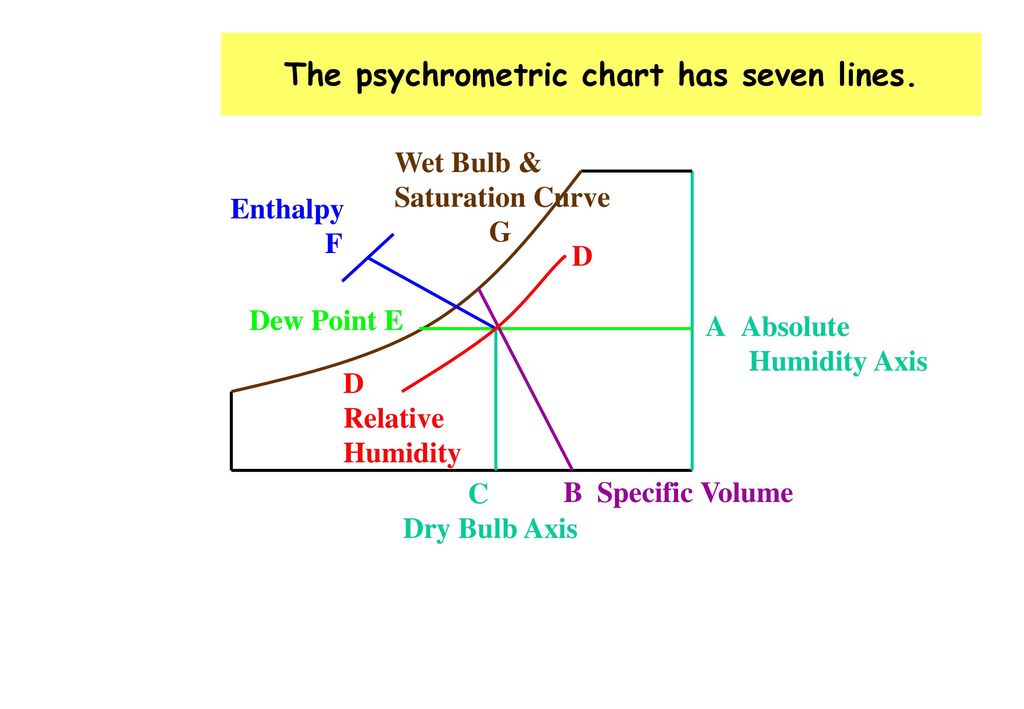 All these processes can be plotted easily on a psychrometric chart. This is very useful for quick visualization and also for identifying the changes taking place in important properties such as temperature, humidity ratio, enthalpy etc. The important processes that air undergoes in a typical air conditioning plant are discussed below .

where cpm is the humid specific heat (≈1.0216 kJ/kg dry air) and ma is the mass flow rate of dry air (kg/s). Figure 28.2 shows the sensible heating process on a psychrometric chart.

When moist air is cooled below its dew-point by bringing it in contact with a cold surface as shown in Fig., some of the water vapor in the air condenses and leaves the air stream as liquid, as a result both the temperature and humidity ratio of air decreases as shown. This is the process air undergoes in a typical air conditioning system. Although the actual process path will vary depending upon the type of cold surface, the surface temperature, and flow conditions, for simplicity the process line is assumed to be a straight line. The heat and mass transfer rates can be expressed in terms of the initial and final conditions by applying the conservation of mass and conservation of energy equations as given below: By applying mass balance for the water:

During winter it is essential to heat and humidify the room air for comfort. As shown in Fig.., this is normally done by first sensibly heating the air and then adding water vapour to the air stream through steam nozzles as shown in the figure.

Mass balance of water vapor for the control volume yields the rate at which steam has to be added, i.e., mw:

where ma is the mass flow rate of dry air

e) Cooling & humidification (Process O-E): As the name implies, during this process, the air temperature drops and its humidity increases. This process is shown in Fig.28.6. As shown in the figure, this can be achieved by spraying cool water in the air stream. The temperature of water should be lower than the dry-bulb temperature of air but higher than its dew-point temperature to avoid condensation (TDPT

Mixing of air streams at different states is commonly encountered in many processes, including in air conditioning. Depending upon the state of the individual streams, the mixing process can take place with or without condensation of moisture. 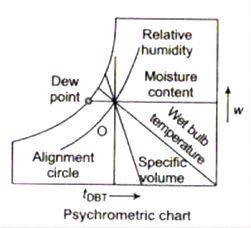 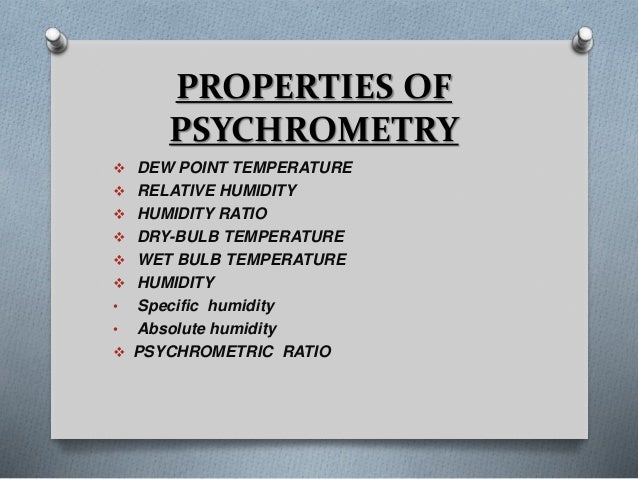 Taking down the biggies and how…